My name is Fanny Margolis, I was born in Montevideo in 1951, I´ve been an English teacher since 1981 and got my degree in Management Educational Projects at ORT University in 2002. I worked for State Secondary Schools and private Schools. At the moment I teach  business English in companies, and private adult courses at home. In 2007 I got my degree as a tour guide, and since then, I´ve been working in both areas: teaching and tourism. Since 2010, I´ve been participating in the Judaism course at the Catholic University of Montevideo.

Married in 1972, I have three children and two grandchildren. My father was born in 1918 in Vilnius (capital of Lithuania).Vilnius was first occupied by Poland, then by Russia and after by the Germans.

In 1927, my grandfather, decided to emigrate to Uruguay because he had a brother, who had come  here in 1925.

My grandfather was a day- laborer, and after two years of saving money, he could send the boat tickets to my grandmother and 5 children. My father was the eldest, when he came here he was 10 years old. My grandmother´s brothers had emigrated before to US. and they helped them with financial support.

When they came to Montevideo, they first lived in the “old quarter” (near the port area) in a big house with 8 tenants. My father started the 4th grade in a public school.

In 1930 my grandfather started a little s grocery store in the Central market (near Hebraica-Macabi sport Club). He sold bread and milk, and my father went to school in the morning and in the afternoons he sold flags and souvenirs at Independence Square. That year took place  the  Centennial celebrations of Uruguay and the opening of Centenary Soccer Stadium. Two of my aunts started to work at sewing factory. Then, they could move to a two -bedroom house downtown area.

In 1931, my father was 13, and the owner of a retailer store offered  him to work.  When my father got his driving license he suggested his boss to visit the clients in the provinces and not to wait for them, to come to Montevideo to make the orders. My father worked as a salesman, commuting to the Provinces for 23 years.

My father got married in 1949. My mother also an immigrant from Poland (Suwalki), 18 months, when she came with my grandmother in 1929. My mother´s grandparents went to live in Maldonado (southeast  from Montevideo), then when my mother and aunt had to start high- school they moved to the capital. My mother´s father,  worked as a peddler knocking on doors. After he could have a little clothing store. When he moved to Montevideo, he started another clothing store. After, he owned a jean´s factory, the brand was Tom Mix and Far West jeans.

My father with a partner, owned in the 60´s a men´s shirt factory downtown area and he worked there until he retired and then he sold his shares. Neither my sister nor I, wanted to go on with that business.

Nowadays, I enjoy a lot to show my country, and transmitting the  Uruguayan Jewish Heritage. 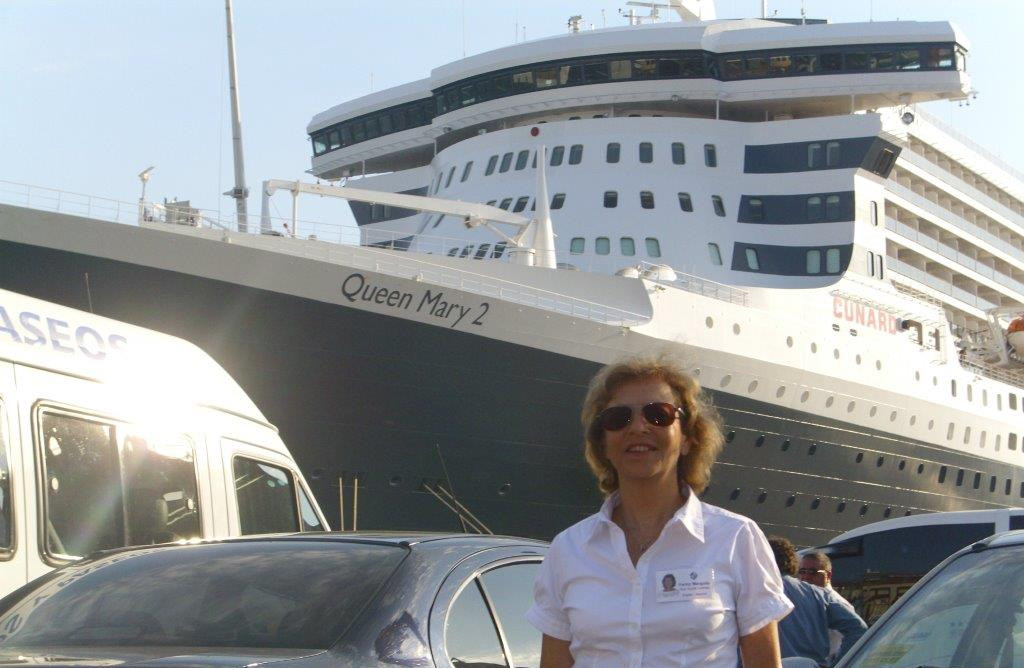